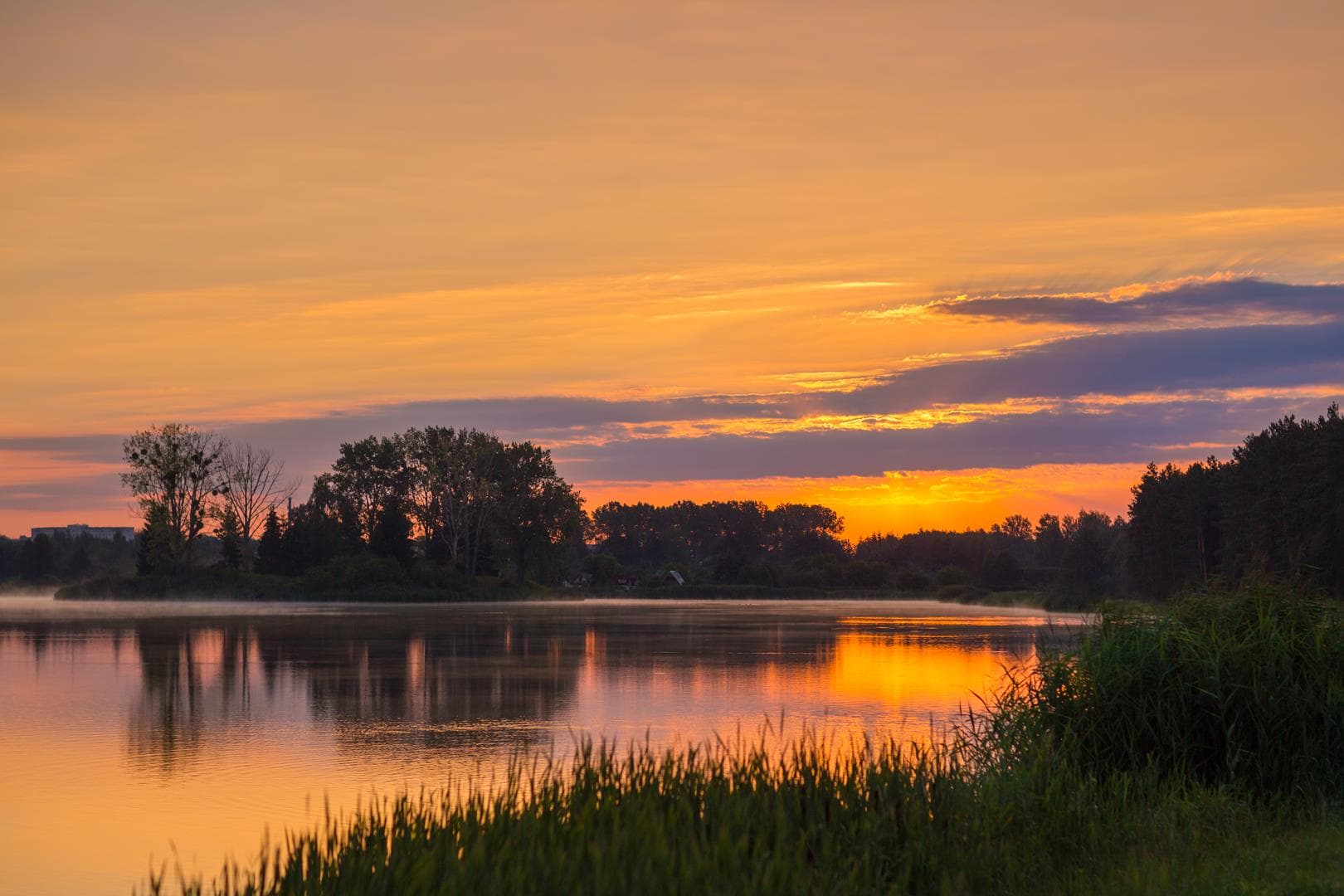 One of the largest forest complexes in Poland. Full of wonderful bicycle and walking paths. With lots of beautiful corners and attractions.

The Janowskie Forest complex is located on the border of the Lublin and Podkarpacie provinces. Its western edge reaches the Vistula River (Małopolski Przełom Wisła – the most beautiful section of the whole river course), and continues to the east to connect with the Solski Forest near Biłgoraj. It is a giant sea of forests that stretches from the Vistula to the border with Ukraine.

The forest landscape is dominated by tall, sandy post-glacial dunes covered with forest. They reach a height of several meters. Between them, in turn, we often encounter wetlands: peat bogs and floodplains of forest rivers. Moreover, in the forests themselves we have several large complexes of fish ponds.

The forests consist mainly of pine monoculture. But there are also firs, beeches, birches, oaks and alders. In many places the forest has the character of a primeval forest – mainly in wetlands, where it is difficult to carry out felling, but also planting. From rare and interesting plants we can meet several species of orchids or carnivorous sundews. In autumn there are plenty of mushrooms here and in the marshes we can meet fruiting cranberries.

For birdwatchers, the ponds are a paradise (mainly in the vicinity of Malinec and in the Lug Walking Bird Reserve). Herons, ducks, black storks, white-tailed eagles, lesser spotted eagles and greater spotted eagles, harriers. In the Janów Forests, young capercaillie grouse are rolling and leading out. It is also worth mentioning the Biłgoraj horse’s refuge in Szklarnia. There is a herd of a dozen or so horses living here in natural conditions. They are descendants of tarpans – wild forest horses.

The Janów Forests is a Landscape Park. You don’t have to stick to the trails here, you can pick mushrooms and other gifts of the forest. There are plenty of hiking and biking trails, shelters and canopies, forest parking lots, educational paths. When wandering around the Janów Forests, it is also worthwhile to take an interest in their history. For years they were part of the Zamoyska Ordinance – a powerful state in the country. In the estates belonging to the Zamoyski family, special attention was paid not only to forest management, but also to nature protection.

After that time, a network of poordynastic groves and forester’s lodges and the remains of the forest railway remained in the forests. The tracks are no longer there, but the embankments with which it ran are still clear: there are bridges over the rivers, and a small open-air railway museum was organized in Janów by the forester’s settlement.

N THE FOOTSTEPS OF THE PARTISANS

During the wars the Janów Forests were a shelter for insurgents and partisans. An interesting place is the charming Kruczek, a place of partisan gatherings, nowadays decorated with appropriate monuments and chapels. It is worth visiting Porytowe Wzgórze, the place of the biggest partisan battle that took place on Polish lands. In June 1944 German troops (30 thousand) and united partisan units of all organizations (AK, AL, NZS, Soviet troops – 3 thousand) fought against each other. The battle is commemorated by a monumental monument and a number of paths running along the guerrilla defence lines.

Discover the attractions we have prepared for you at the Duo Janów SPA Hotel – plan your holidays by the lake with us.